One of the most well known engines in preservation and later rail history, as well as some of the oldest survivors.  These engines were designed by Joseph Beattie for the London and South Western Railway; built as a well tank version and standardized with a similar 2-4-0 tender loco class, the engines were primarily used on suburban traffic out of London.  With the arrival of William Adams and the introduction of his own tank class like the Radials and O2 0-4-4T's, the well tanks got displaced rapidly with all but 3 being withdrawn before 1923.
​ These last 3 survived in a very unique way; they were transferred for use on the Bodmin and Wadebridge line, as this route had extremely tight curves that was found that these locos were the most powerful engines the LSWR had that could negotiate the route.  As a result the 3 engines survived right into the 1960's!  Rebuilt both under Adams and Drummond, the engines came from different batches, 585 and 587 were the older of the trio, whilst 586 was the youngest, her square splashers were a change applied to later batches of the class.
The Beattie Well Tanks as they became known held a monopoly on the line and it's china clay traffic until 1962, when they were finally displaced by Great Western 1361 Pannier tanks, which themselves had been displaced from dockyard shunting.  Miraculously 30586 was the only one scrapped, 30587 was purchased privately and 30585 became part of the British Transport Commission's National Collection; more miraculous is that both have steamed within the last 25 years.
BR Livery Pack 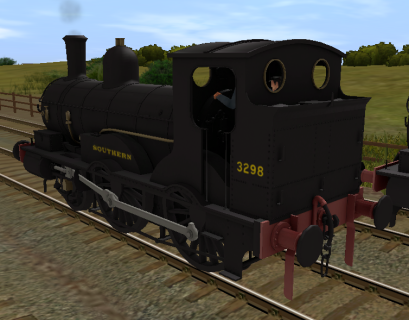 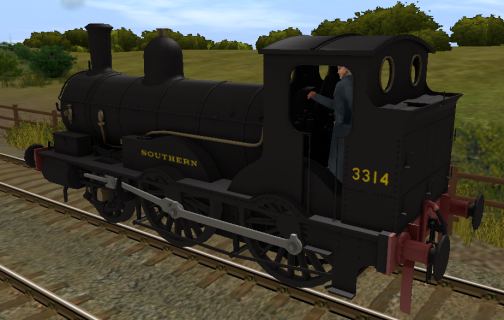