These were the last Pacifics designed for the LNER, following on from where the original A1’s (now A3’s) started off in 1922.  Based off Thompson’s experimentations from 1941 to 1946, the engines took the modern philosophies Thompson was wanting for a modern Pacific but at the same time eliminating the faults of his A2’s and solitary A1/1, resulting in one of the most modern design bequeathed to the newly formed British Railways.

All were withdrawn by 1965 and none preserved, but one was built from new in order to represent the final chapter of LNER express passenger design, 60163 Tornado.  This is also the first steam engine built in Britain since Evening Star was completed in 1960.

Available in LNER Apple Green and A1 Trust Grey (Only Tornado), and BR Blue and BR Green. 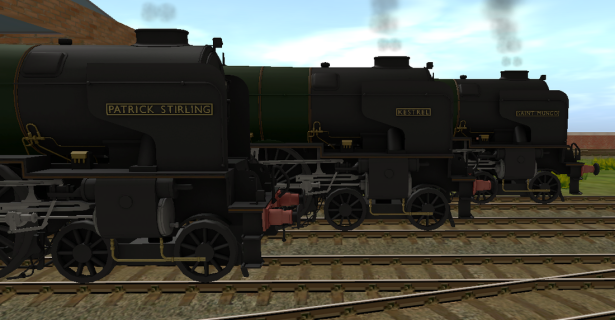